Some areas are prone to flooding, while others are not. In either case, local governments often have to respond quickly to protect different facilities and prevent extensive damage in the area. AquaDam provides the flood control governments need before, during and after flooding events. Use one or multiple to keep water damage away from essential facilities.

AquaDam uses two water-tight inner tubes and a stabilizing baffle to contain water. Once filled, the AquaDam can control up to 75% of its height in water depth. The product will not roll and offers a temporary solution to flood control needs with many advantages over traditional methods. The installation and removal processes are straightforward for immediate flood control requirements.

Governments need reliable flood control when the need arises. AquaDam is an ideal product for governments because it is: 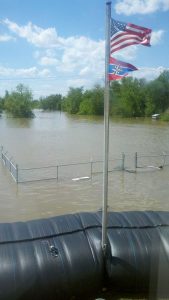 AquaDam’s versatility, cost-effectiveness and fast deployment make it a valuable tool for governments needing to control flooding at a moment’s notice. Governments may rely on AquaDam to protect electrical substations, police stations, fire stations and more. The Department of Transportation (DOT) may even rely on flood protection to keep roads safe.

Examples of flood control projects include:

AquaDam is a helpful flood control solution for governments needing to control flooding patterns in local areas. Fill out the online contact form to receive more information about the product, or call the AquaDam team at 1-800-682-9283. 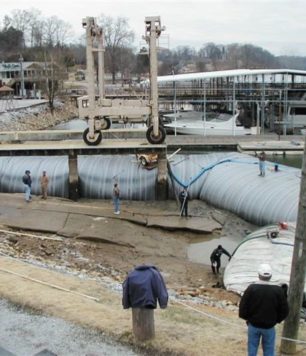 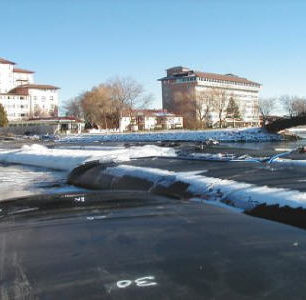