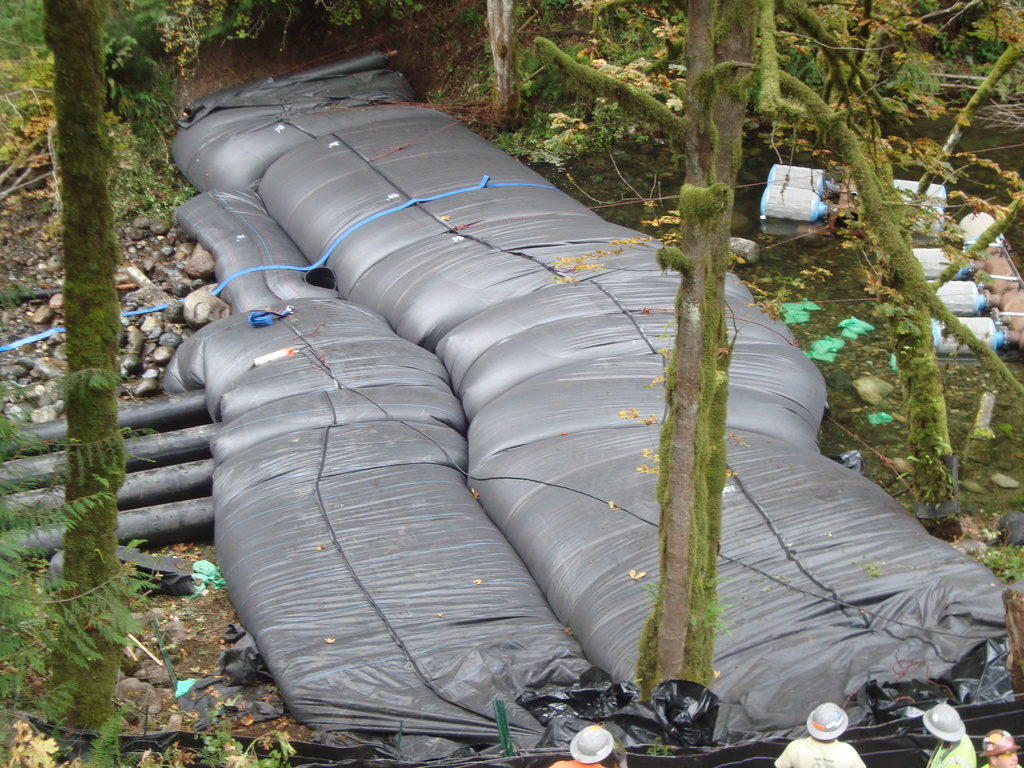 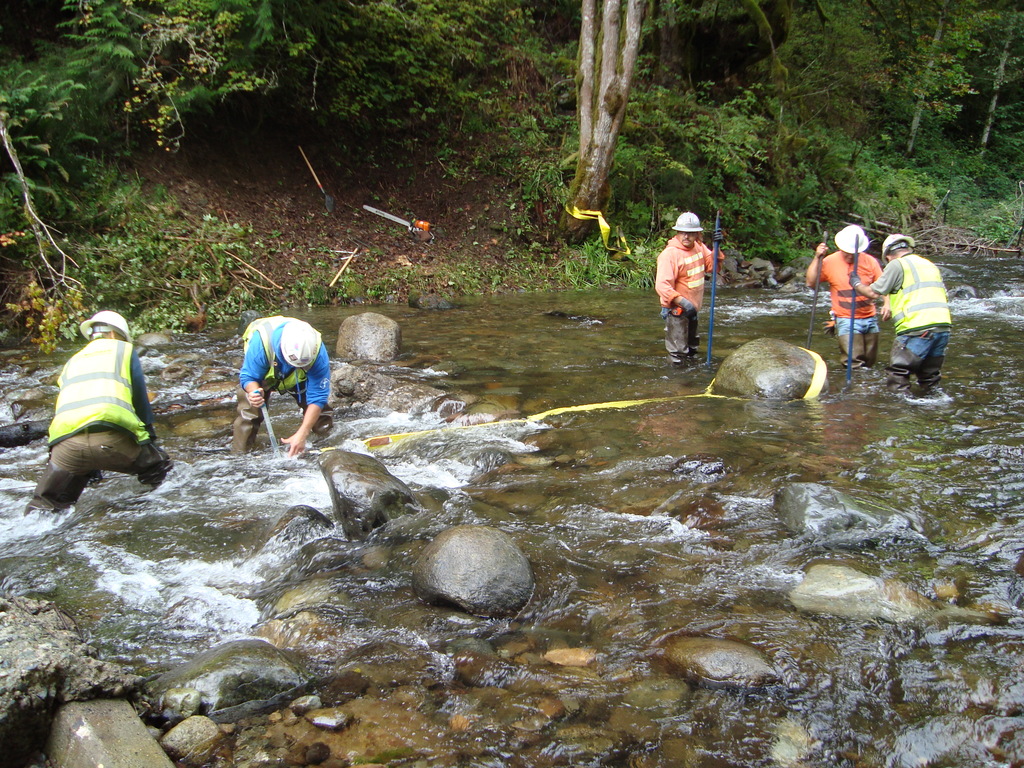 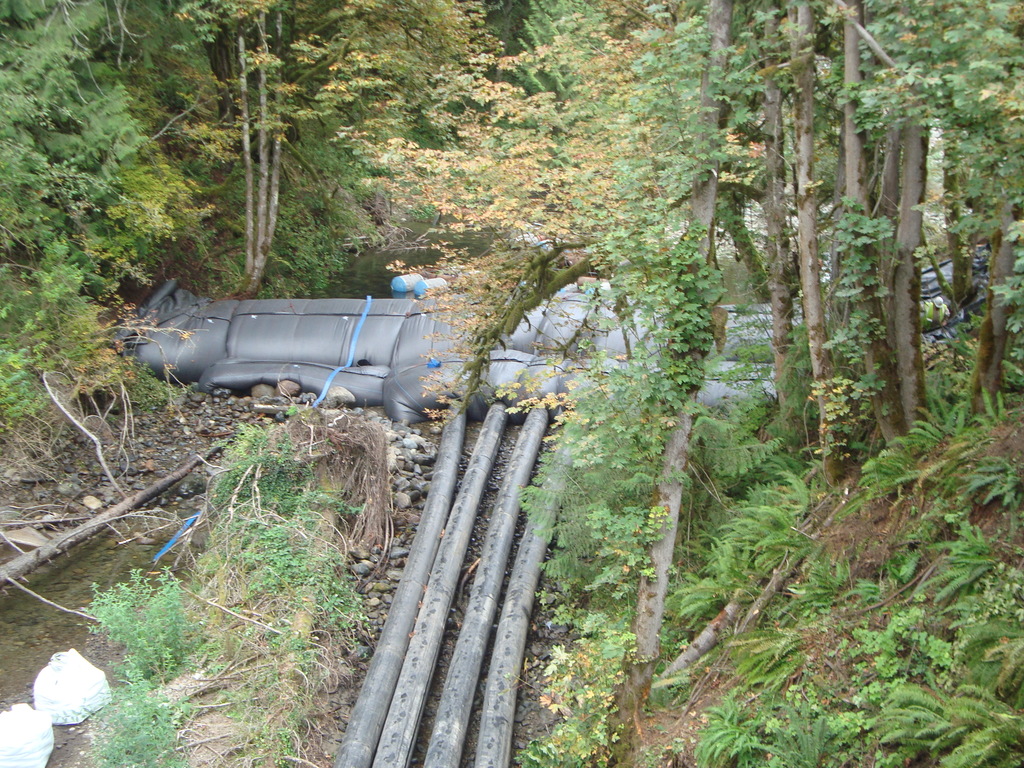 Flume Pipes emerging from beneath the 8ft and 5ft tall AquaDams, running through the work area. 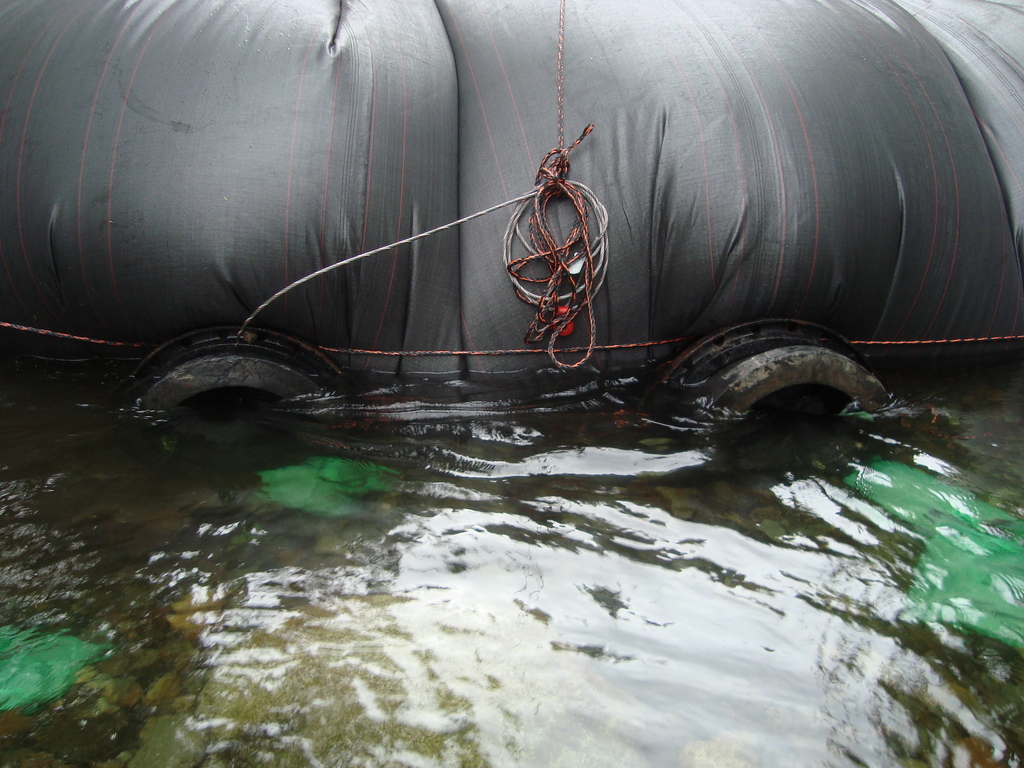 Upstream end of the pipes. Just long enough to avoid sucking in the AquaDam. An additional 10ft of pipe further upstream would have been better. 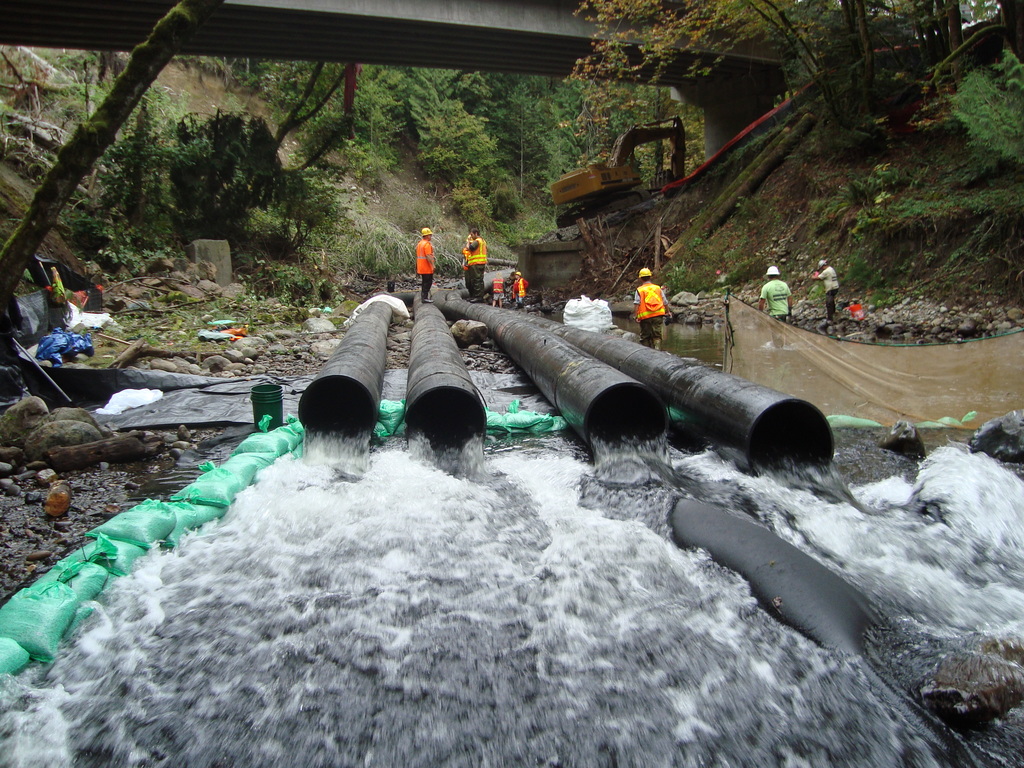 Downstream ends of the 700ft long Flume Pipes. Notice the difference in water level in the pipe, compared to the upstream end of the pipe. 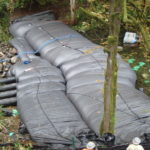 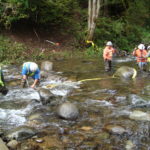 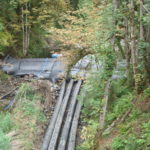 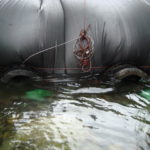 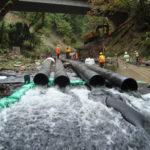 An 8ft tall Primary AquaDam with a 5ft tall Support AquaDam behind it, were installed over (4) 18″ diameter, 700ft long Flume Pipes. These pipes started upstream of the work area, went beneath the AquaDams, through the work area, and discharged downstream, where the ground elevation would not allow water to come back into the work area. After the work area was isolated, the road embankment repair could take place.